Moreover, the park covers over 2800 sq kms in area. The animals that you can see in Tarangire National Park are Wildebeest migration, Zebras, Giraffes, Lions and many more. The park is also renowned for the number of elephants.

Furthermore, the park is near Lake Manyara National Park and Arusha town. The drive from Arusha to Tarangire National park is around 3 hours (140 kms)

Game drive inside Tarangire National Park in the afternoon.

Depart for a full day game drive inside Serengeti National Park after breakfast with picnic lunch. The game drive in around 6 to 8 hours.

Ascend the Ngorongoro Crater and proceed to Kilimanjaro Airport. The drive will be around 5 hours.

High Season falls under 1 March to 31 March, 1 November to 21 December.

Price From
USD1,370 Per Person

USD530 You have group discount in this trip. 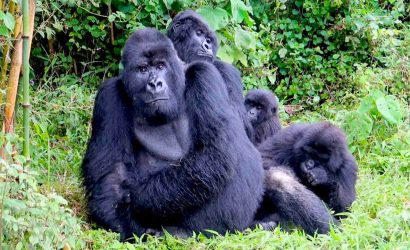