4 Days Tarangire, Serengeti and Ngorongoro Crater is a precise safari to view all the famous parks of north Tanzania. In Serengeti, you should be able to view the Wildebeest Migration.

Moreover, for your information, the park covers over 2800 sq kms in area. The animals that you can see in Tarangire National Park are Wildebeest migration, Zebras, Giraffes, Lions and many more. You will also see number of elephants in the park.

The park is near Lake Manyara National Park and Arusha town. As important information for you, the drive from Arusha to Tarangire National park is around 3 hours (140 kms)

Lake Manyara National Park is 330 sq km in size, where you can see, 200 sq km is covered by the lake itself.

4 Days Tarangire, Serengeti and Ngorongoro Crater is a precise safari to view all the famous parks of north Tanzania. In Serengeti, you should be able to view the Wildebeest Migration.

4 Days Tarangire National Park, Serengeti National Park and Ngorongoro Crater is a precise safari to view all the famous parks of north Tanzania. In Serengeti, you should be able to view the Wildebeest Migration.

Game drive inside Tarangire National Park in the afternoon.

Ascend the Ngorongoro Crater and proceed to Kilimanjaro Airport. The drive will be around 5 hours. 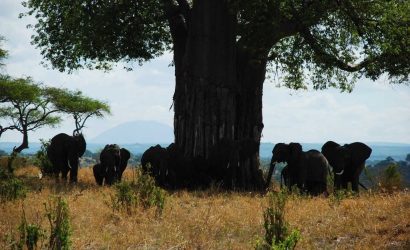