3 Days Zanzibar Island is short beach holiday for guests with limited time in Tanzania who want to relax on the beach after a wildlife safari or just relaxation in Tanzania.

Zanzibar is an island off the mainland of Tanzania. It is part of the country of Tanzania. In Swahili, Zanzibar is called Unguja. Furthermore, the island is also called the spice island with a rich culture and history for you to visit and explore.

Zanzibar Island is around 50 kms away from Tanzania mainland and is on the Indian Ocean. Moreover, it consists of many small islands and 2 major islands called Unguja and Pemba Island. The capital city of the group of Island is Zanzibar City which is also the historic Stone Town. The town is also a World Heritage Site.

Additionally, Zanzibar Island consists of white sandy beaches that are pristine used for scuba diving, snorkeling and many other water activities.

Portuguese invasion and control of the Swahili Coast in the late 16th century ended the golden age of the archipelago. Although, the Omani Arabs returned to power less than a century later. Today, many of the winding streets and high townhouses of old Stone Town remain unchanged. And You can walk between the sultan’s palace, the House of Wonders and the Portuguese fort. Also, you can also walk through the gardens, the merchants’ houses and the Turkish baths of the old city. Day-long spice tours to working plantations offer visitors the chance to observe the cultivation of cloves, vanilla and nutmeg. You can also observe cinnamon, and other spices that have made the island famous.

Zanzibar’s coastline offers some of the best beaches in the world. However, sand and surf vary depending on what side of the island you’re on. On the east coast, waves break over coral reefs and sand bars offshore. And low tide reveals small pools of starfish, small minnows, and anemones. Up north, ocean swimming is much less susceptible to the tides. And smooth beaches and white sand make for dazzling days in the sun.

3 Days Zanzibar Island is the best island in Tanzania with white sandy beaches that are pristine used for scuba diving, snorkeling and many other water activities.

3 Days Zanzibar Island is the best island in Tanzania with white sandy beaches that are pristine used for scuba diving, snorkeling and many other water activities.

Upon arrival at Zanzibar Airport/ Seaport, meet, greet by your driver/ guide and transfer to the resort. The drive from Airport / Seaport to the resort is around 45 minutes to 1 hour.

After breakfast, relax at the resort and perform water sports at additional cost.

After breakfast, proceed for stone town and spice tour.

Later, transfer to Airport/ Seaport for your flight or ferry.

Visitors can explore the heritage and history of the famous Stone Town, now designated a World Heritage Site. With this tour you will get a chance to pass on to narrow streets and see historical places, markets, smell and taste spices and some fruits which are cultivated on the island. Stone Town also has some excellent gift shops, small exotic bazaars and local curio shops with plenty of souvenirs and handicrafts to choose from.

Visits to the spice plantations will dazzle your senses with fresh spices such as root crops, spices, perfumes, medicinal plants and tropical fruits. Wondering around the plantations you can learn about the local uses of the different spices and plants. Local kids weave baskets from palm leaves in which you can collect specimens, such as local essential oils, spices and remedies that the local people have used for eons.

Current rates are based on Low season – 1st Jan to 30th June.

Price From
USD400 Per Person 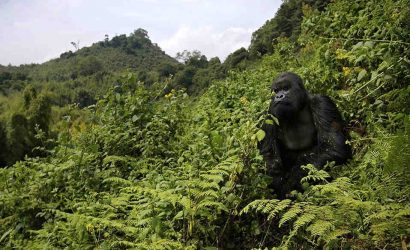 USD375 You have group discount in this trip.